Passing the Pigskin: 10 Lessons in Football from an Ohio Father to his Chicago-born Son

It’s been a bit of a long interval of work and travel and mad-late-summer-rushing, and more of an absence from this space than I’d wanted.

But there’s nothing like the rituals and rhythms of the coming Fall to put purpose back in my step.

There was always something about a Friday night, the band striking up in the stadium so that you could feel it in your bones from several blocks away, that got my blood pumping. The glow of the lights on all the friends and neighbors packed into the place that seared those times into memory.

So today, as the Buckeyes kick off another season of Ohio State football, I take a “best damn” stutter step back to an article I wrote when my Dad-dom was new enough for me to obsess about handing down the important details, and to hand them down just right.

In this piece, published in Fall 2007 in the Youngstown Vindicator, courtesy of my friend and first boss and (still) editor there, Todd Franko, I contemplate 10 wonders of Ohio football. And how to properly spell them out for my (then) almost-1-year-old son, Jonah. 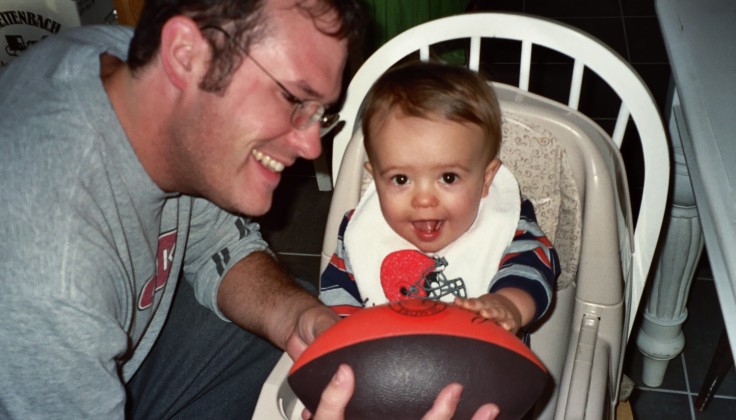 Son – hey, son – put down that toy cell phone and take a look at this.

What you’re holding now is an orange and brown Nerf football, signed by the great Ozzie Newsome and the pretty-good Michael Dean Perry. Cool, huh?

Now, stop gumming it and listen.

You were born a year ago this month into a long tradition of Ohio football. You were just born at an inopportune time, when your mom and I happen to call a cul-de-sac on the outskirts of Chicago home.

Oh, the schools here are suitably egg-headed. The playgrounds get plenty of sunlight. But I wonder if you’re getting your recommended daily allowance of pigskin. And by that I mean of the homegrown, Buckeye variety.

Call me biased, but I just believe football means a little more in the Great State with Eighty-eight. Home of the Hall of Fame. Where the high school rivalries stretch some 103 years, and we don’t interrupt them for redistricting.

I know we’ve taken a lot of guff lately from the land of orange juice from concentrate. You’d think it hadn’t been nine months since the title game, the way the gators are still snapping.

And true, it’s deathly quiet now from those mitten-wearers up north. But wait until November.

Son, don’t you listen to any of it. In case distance muddles your true fandom, I’ve put together a ten-point Ohio football primer for you. Ten yards to a first down. Ten, for journeyman Browns quarterback Mike Pagel, and savior-to-be Brady Quinn. Ten, for last year’s Heisman winner, Troy Smith.

Here, put on this Buckeyes floppy hat and get in the spirit of things.

10. In the beginning, there was Paul Brown.

And life for Cleveland fans was very good.

But we broke the mold with Brown. Before assuming control of the team named after him, Brown notched six straight high school championships at Massillon – and a thirty-five game winning streak – and led Ohio State to their first national title, in 1942.

The Browns dominated the fledgling All-American Football Conference during its four years of existence, winning title games from 1946-49 by an average of 18 points. Still, upon being absorbed by the NFL, the Browns were seen as mere field mice meant for the champion Philadelphia Eagles talons.

League commissioner Bert Bell, former coach and owner of the Eagles, ushered the Browns down the slaughter chute, scheduling their opening game before 71,237 bloodthirsty Philadelphia fans.

All the patsy Browns did was pluck the Eagles 35-10. When Philadelphia coach Greasy Neale complained the newcomers threw the ball too much, and probably couldn’t win with their ground game, Brown instructed quarterback Otto Graham not to throw a single pass in their rematch 11 weeks later. The outcome? Cleveland 13, Philadelphia 7.

Brown invented the face mask and the draw play, instituted playbooks, training camps, college scouting and film study, and founded the Bengals in 1968.

You can keep your pwetty littow putty tats and big bwown bears. There’s something distinctively manly about donning a pristine scarlet-and-grey or day-glo orange helmet to take the field of battle.

Better that your team maintains tradition in the face of all the changing “color schemes” meant to generate “fan interest” in clubs that have done their “market research.”

Better still when your team is named after a poisonous nut, and awards you stick-on “leaves” for starring in a play particularly deadly to the opposing squad.

8. Eight, as in Heisman trophies collected by Ohio State.

Though the cooler number might be seven, the number of Buckeyes to collect said hardware.

It began in 1944, when Les Horvath was named outstanding college player, and continues through 2006, when Troy Smith claimed the statuette. But halfback Archie Griffin did the unprecedented – winning the award twice, following the 1974 and ’75 seasons.

Spoke grizzled head coach Woody Hayes: “He’s a better young man than he is a football player. And he’s the best football player I’ve ever seen.” How’s that for props?

As if losing only four of their games all-time in the AAFC weren’t enough, the Browns ended up proving their dominance in the NFL as an encore.

The team played in ten straight league championships from 1946-55, winning four titles in the AAFC, and three in the NFL. In that decade, they won 84 percent of their regular-season games.

How many other teams can say that? Well? Uh, yeah. Thought so.

Browns owner Art Modell announced he was relocating the team to Baltimore, which had been without NFL football since a pack of moving trucks made like thieves in the night in the winter of 1984 and took the Colts to Indianapolis.

While I can sympathize with Maryland’s plight, the very next day after Modell’s announcement, Cleveland voters approved a $175 million stadium renovation, a ballot issue Modell requested. Does this sound like a team without support?

Some 100 lawsuits, a renamed Baltimore Ravens, and four years later, the Browns took the field again, history intact but for a brief blip. But it didn’t make the Ravens’ 2000 Super Bowl title sting any less.

In my fantasy highlight reel, the Ravens and Colts battle to see who keeps that name, and the loser is blackballed from the league forever.

5. Earning a nickname like “the Toe” is one of the ultimate achievements in life.

As in Loe “the Toe” Groza, who played something like all 60 of the Browns seasons as kicker. (Actually, it was 21.)

Or something on the order of Howard “Hopalong” Cassady, or “Woody” of Ohio State. Really, Woody was just short for Wayne Woodrow Hayes, but any man with five championships can go by a single handle for the rest of his life if he wants.

Just plain Jim Brown is OK, too. Doesn’t get much cooler than that. 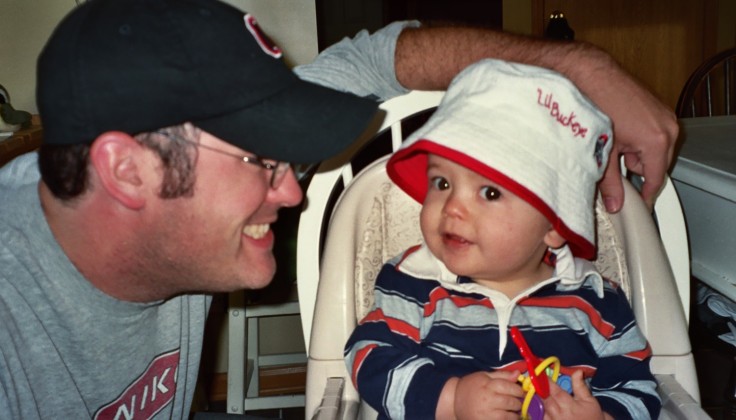 4. It doesn’t have to be pretty to win the game.

Son, a sidearm throwing motion can be a beautiful thing. Think of former Browns Pro-Bowler and Youngstown native Bernie Kosar.

Or, three yards and a cloud of dust. Whether or not Woody was the coach who declared, “Three things can happen when you throw the football, and two of them ain’t good,” Ohio State ground out its share of victories in his era.

3. Never trust your defense when you’ve got the lead with less than six minutes left and the opposing quarterback is named Elway.

The Drive, bringing a sudden-death to the Browns’ 1986 season.

The Fumble, same concluding heartbreak to 1987.

Is it any consolation that Rich Karlis sealed the deal in Cleveland, and our own Ernest Byner fumbled it away in Denver? Or that Denver quarterback John Elway was whipped in three Super Bowls after keeping the Browns from the Promised Land?

I still blame Elway, especially for my own father’s souring on the game. “It’s fixed, it’s fixed,” he’s been prone to mumbling through his popcorn ever since. Elway, may all your car dealerships turn out lemons.

2. If you’re not cut out for nose tackle, tuba is a fine second career choice.

Before there was Ohio State football, there was “The Best Damn Band in the Land,” or whatever they called the 1879 military band edition.

Unless you’re Bob Hope, or Jack Nicklaus, the only way you’re going to dot the “i” in Script Ohio is by strapping a sousaphone to your back and following the drum major’s lead.

And the best part, son, is no 6’5, 243-pound Wolverines linebacker will be trying to knock your shako off. Of course, that hardly seems a hazard this season.

If it takes you more than one second to formulate the proper response to this cheer, better just pack up and move to Michigan.

There now, that’s a relief. Schooling a whole new family member in the high art of Ohio football would only delay us from watching the game.

I can see the kickoff now, the ball is flying high and straight and true. And something tells me it’ll soar for another 100 years.

Colt Foutz (was) a freelance writer and native of Dover, Ohio, who live(d) in suburban
Chicago (in 2007) with his wife and (just one) son (back then). His book, Building the Green Machine, about the other activity storming across football fields – drum and bugle corps – (was newly) available to order (just then) at http://www.cavaliers.org.