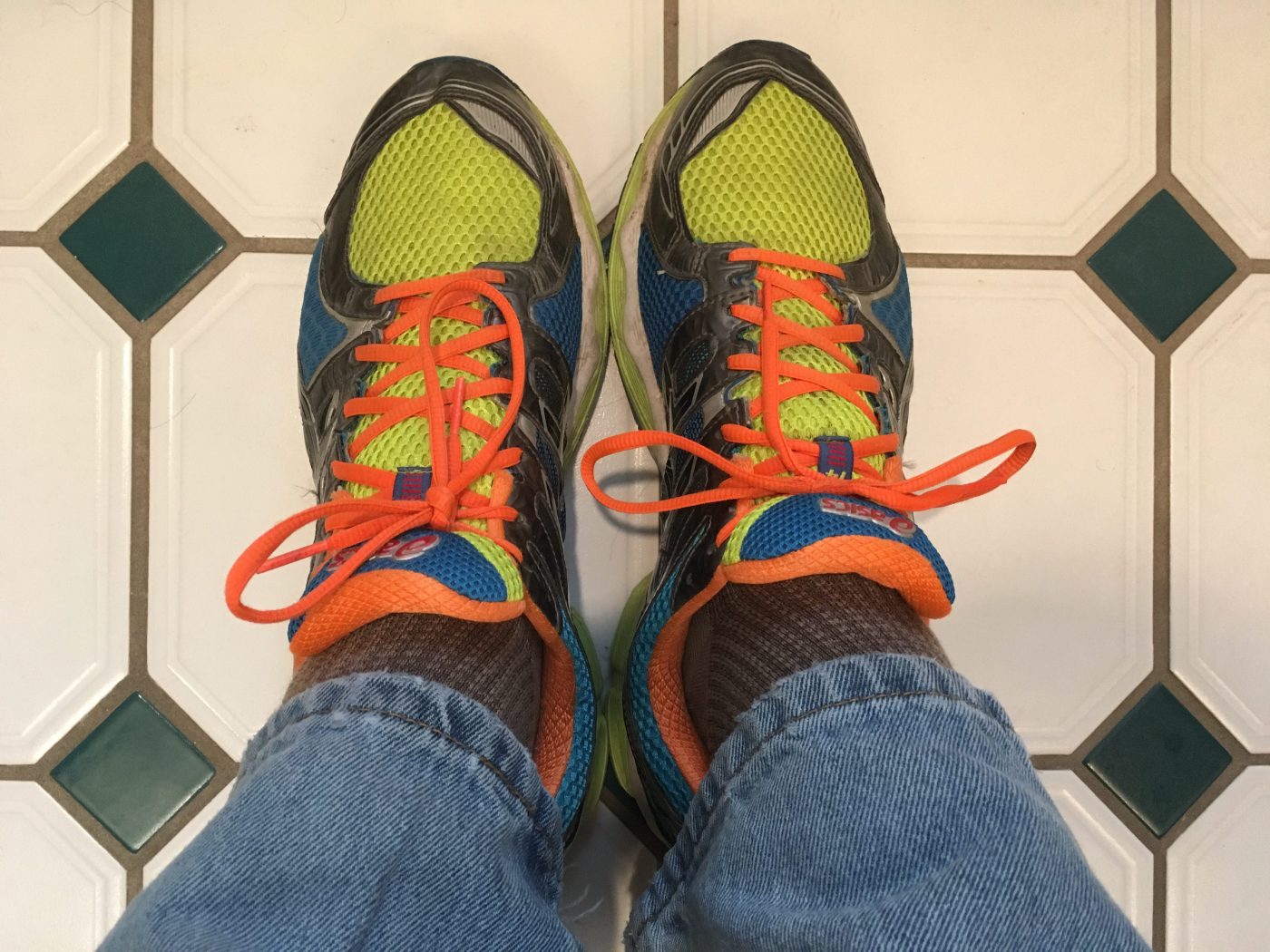 Do it Right: Tying Your Shoelaces

I’m an Eagle Scout, so I’ve tied a lot of knots in my time, I’ll tell you. A whole damn lot.

Oh, not that I can remember most of them today. But the good old square knot is lashed securely in my memory. And I could tie a bowline, in a pinch.

Why, there’s even an example of a tautline hitch I once looped (and looped and looped) and tightened on my Dad’s cabana way back in the summer of 1994. And both the knot and the cabana, incredibly, are going strong.

But I didn’t need a windy day at the beach or my Boy Scout handbook to develop a knot-tying ritual that has held fast for 30+ years.

And I was all prepared to wax manly about it in this first installment of “The Right Way.” A proper place for the things we know to be true. Like, 67 degrees. And a frosted beer glass. And the best version of Billy Joel’s “Summer, Highland Falls” being the one he recorded in July 1980 at the Bijou in Washington D.C.

But turns out — insert gasp — I may have been wrong. (Not about the other stuff, but maybe the knot thing.) 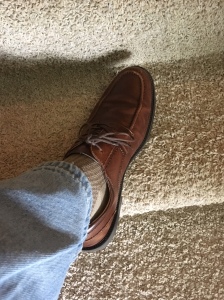 I thought I’d learned and adopted the lifelong way I’d lace up my shoes back around age 11 or 12, when I first started heading out with my old man on his runs around town.

In addition to picking up fancy habits like spitting in the street and making my nipples bleed, long-distance running taught me the one and only true way to tie shoes: the double knot.

And I’d faithfully executed that sequence every day since. Whether sporting running kicks or house loafers or tux squeakers or my polished business finest. And they’d rarely — if ever — come undone and served me well enough to prove, without a doubt, the double knot as the gold standard in shoe-tying.

Or, so I thought.

Left Over Right, Right Over Left

I was prepared to tell you, as I’d helpfully reminded Cub Scouts and youth soccer players and my sons and (even) my much-righter-than-me wife that if you’re tying a single knot, you’re doing it wrong. The double-knot is the true right way to go through life and not have to keep stooping over and retying.

But there are other opinions on the subject. And I’m prepared to acknowledge: they may be right.

For runners, turns out the last holes way up along the sides of your feet can be put to good use. If, that is, you want to form additional loops and pass laces through them and generally lash your running togs to your pootsies like a bad marching band shako or doll’s shoes.

But they seem like nice, well-intentioned people who suffer blisters and other hazards of walking, and if you’re interested in such an inhumane thing as a “heel lock,” there’s a detailed video here.

And then no less an authority than Runner’s World brings forth something known as the Ian Knot — complete with fuzzy graphics straight out of its 2008 publication date. But I think they just meant this as a joke, so we’ll leave the step-by-step illustrations for the Internet Wayback Machine and move on to more practical matters.

No, if you’re seeking a method that would earn nods of approval from nodologists (or, are they kompologists?) then you’re looking for a good how-to on the Reef Knot.

The idea is that if you’re tying two granny knots the same way — left-over-right twice, or right-over-left twice — whether you’re employing loops or bunny ears you’re left with a loopy, vertically-leaning mess.

When what you really should be striving for is the shoe’s version of the square knot: left-over-right, right-over-left (or vice versa), which makes for a straight, horizontally-oriented knot that actually can tighten itself over time, and shouldn’t become loose.

Here’s a demo, endorsed by Real Men Real Style, that will either have you patting yourself on the back (the better to stretch your perfect knot-tying muscles) or running around the house, in shame, undoing all the lousy granny knots you left in your shoes, untying the evidence, as it were.

Maybe the notion of a right way or wrong way doesn’t really work for knots in shoelaces. Because there are other extremes.

And if you’ve got a method that works for you, like my three-times-left-over-right double-knot (really, a triple), then don’t feel naughty, keep on tying. 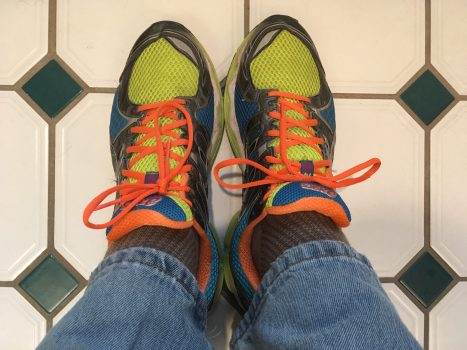 Apparently, when it comes to correct shoelace form, the example on the left is wrong while the one on the right is, well, RIGHT. 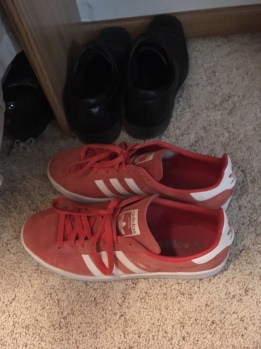 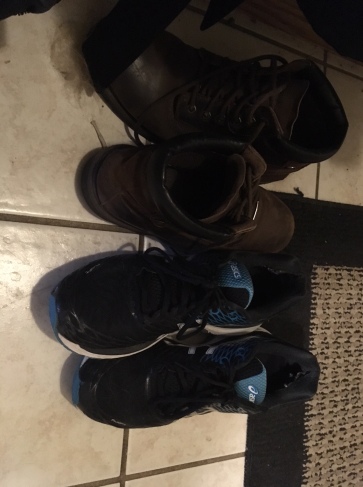 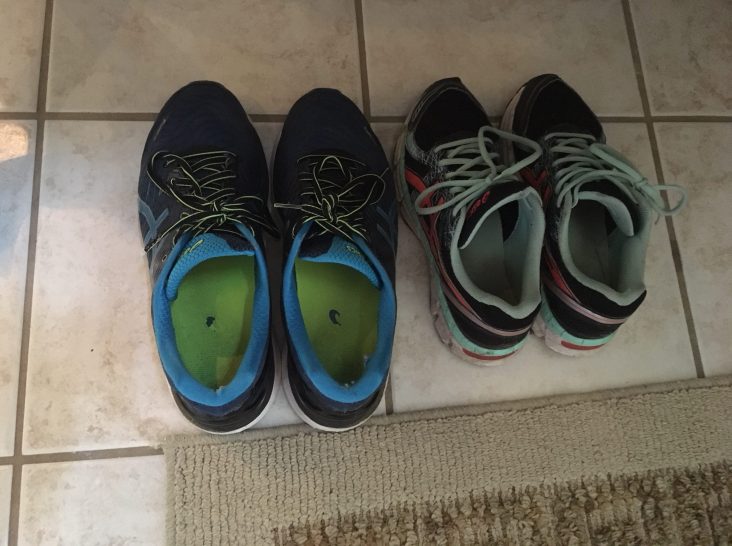