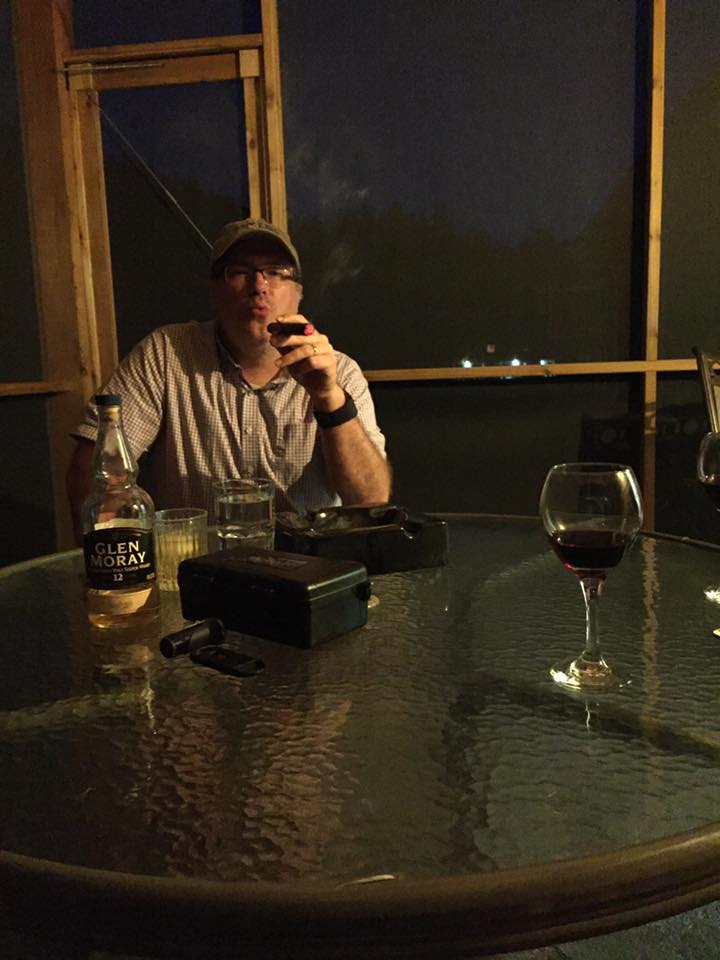 We had a saying in my hometown: “Stay out of the police log.”

My wife’s family also has a saying, right before waving you goodbye on a long trip: “Drive carefulment.”

I’ve added a certain levity to that last saying by pronouncing it, “au franzay”: drive carefoomaw.

But there’s nothing funny about drinking or smoking or enjoying anything too much that you’ve made yourself a danger behind the wheel, an unreliable pilot of a 4,000-pound projectile.

Occasionally in this blog I’ll throw back to some previous article or material in my files that still carries a fresh message for today. Sort of honoring the Throwback Thursday trend, but with a rhetorical twist: In their song “Deja vu” Crosby Stills Nash & Young sing “If I had ever been here before on another time around the wheel / I would probably know just how to deal.” And, later, “we have all been here before.”

So call this We’ve All Been Here Before Wednesday.

In my career as a newspaper reporter I was privileged to meet hundreds of people and attempt to relate their stories. One of the people I was proudest to have met, and to try and convey her painful lessons, was Leah Johnson of Naperville, Illinois. Her story, and her continuing crusade, are a sober reminder to all of us to act like we’ve been here before, know our limits, and watch out for our neighbors, friends and family.

If you’ve had too much — alcohol, more heavy stuff — or, if you haven’t had enough — sleep — please, please don’t get in the car in the first place, or give up your keys to someone else.

But let’s hear it from Leah.

Mom’s outcry a crusade for system that works

Leah Johnson’s eyes blaze with an intensity that is equal parts love, grief, rage and a cynical awakening.

They’re open, you see, and at times piercing in their hard-won wisdom. But before you turn away – or judge – don’t miss the compassion winking behind all that manic light.

For though this Naperville mom has, in her words, gazed upon “h-e-l-l,” she’d rather you see the nightmare visions reflected in her eyes than have to gaze upon them yourself.

Johnson’s awakening came early one morning in the autumn of 1985, when police came to her door and told her Laura, her 22-year-old daughter, along with Laura’s friend, Dina Bell, had been in a car accident.

Tragedy, once it first swoops in to steal your breath, has a tendency to pile up gasps in a towering series of “and thens.”

And then Laura and Dina died before Johnson made it to the hospital.

And then she learned the drunken driver who killed them, Timothy Sullivan, had been convicted of 18 traffic offenses in the nine years leading up to the crash. Eighteen – seven times for speeding, five times for alcohol-related offenses, twice for driving without a valid license.

And then the DuPage County court system slapped her daughter’s killer’s wrist with an 18-month work-release sentence.

And since then, Sullivan has been convicted of DUI at least three times, while also obtaining a driver’s license and buying a car in California after his Illinois license was revoked.

And then there are the others like him. Drivers with three, six, a dozen DUI convictions free and cruising for unlucky 13. Drivers who have killed with their cars serving no jail time for the offense.

Anybody’s eyes would glaze over as the paper piled up – court records full of repeat offenders. Johnson’s burned all the brighter.

“Why do you think Leah is so livid?” she said, her voice a rapid-fire cadence slipping seamlessly from charm, to anger, to sorrow. “Because she knows what is happening to you.

“She knows what is coming to you. There is nobody out there to protect your family but you. The way you protect it is strength in numbers with organizations like mine.”

Johnson’s advocacy group, Citizens’ Outcry, has been rolling for more than a decade now, its mission never done.

She’s a frequent visitor to the court clerk’s office, digging up arrest records as long as a mother’s lasting grief and posting them to her Web site, where articles and testimonials cast and recast the face of tragedy.

She crafts petitions – letters to Presidents Bush (father and son) and Clinton, pleas to legislators, calling for an end to alcohol advertising where children can see it. Events like Ribfest – she calls it Beerfest – make Johnson shiver.

Her goals – among them, gaining enough of a presence at the courthouse to monitor the judges meting out sentences, making DUI homicide grounds for a second-degree murder charge, and establishing a registry of drivers convicted of vehicular homicide, much like sex offenders are catalogued – at turns overwhelm and invigorate her.

Though a rush of recent legislation is a sign the system is responding – including bills backed by DuPage County State’s Attorney Joe Birkett that will take away probation for drivers repeatedly caught driving with revoked licenses and remove the statute of limitations to prosecute those who flee hit-and-run accidents – Johnson still looks at courts and lawyers and elected officials and sees a river of green on which the bad guys float away free.

She’s been known to take matters into her own hands, such as the time many years ago she followed Sullivan into a Christmas party to catch him drinking – a violation of his work-release. Or this year, when she and supporters tracked the daily whereabouts of a Naperville man with scores of DUIs – Johnson claims she caught him drinking at a bar and driving his kids home, and driving on a suspended license to his court date. He sits in prison now.

Police generally support Johnson’s mindset, which is to improve traffic safety, said Naperville Sgt. Vince Gortner. There is evidence the fight is succeeding, he said.

“I think that society in the big picture of things has made significant strides in making drunk driving and being completely falling-down intoxicated less socially acceptable,” he said. “And I think a greater number of people today are finding designated drivers, not drinking as much as they had. They understand the risk of impaired driving.”

If only the apathy would end, Laura’s legacy will have paid off and Johnson could move on with her life. Living, she said – traveling a bit, maybe finding someone to share it all with, setting the crusade for justice aside for the pursuit of happiness, regaining a piece of what she’s lost.

“I know my daughter’s proud of me,” Johnson said. “God is proud of me. I did my job. Laura is telling me, `Enough. Great job.’“

But after saying this, more paragraphs tumble out, reams of them, singing the same hopeful, siren song. While her eyes seem to scan the horizon, searching for that place where the world changes and the system works and nightmares are the sole province of dreams.

Impossible, maybe. But quite a fine vision to hope for.