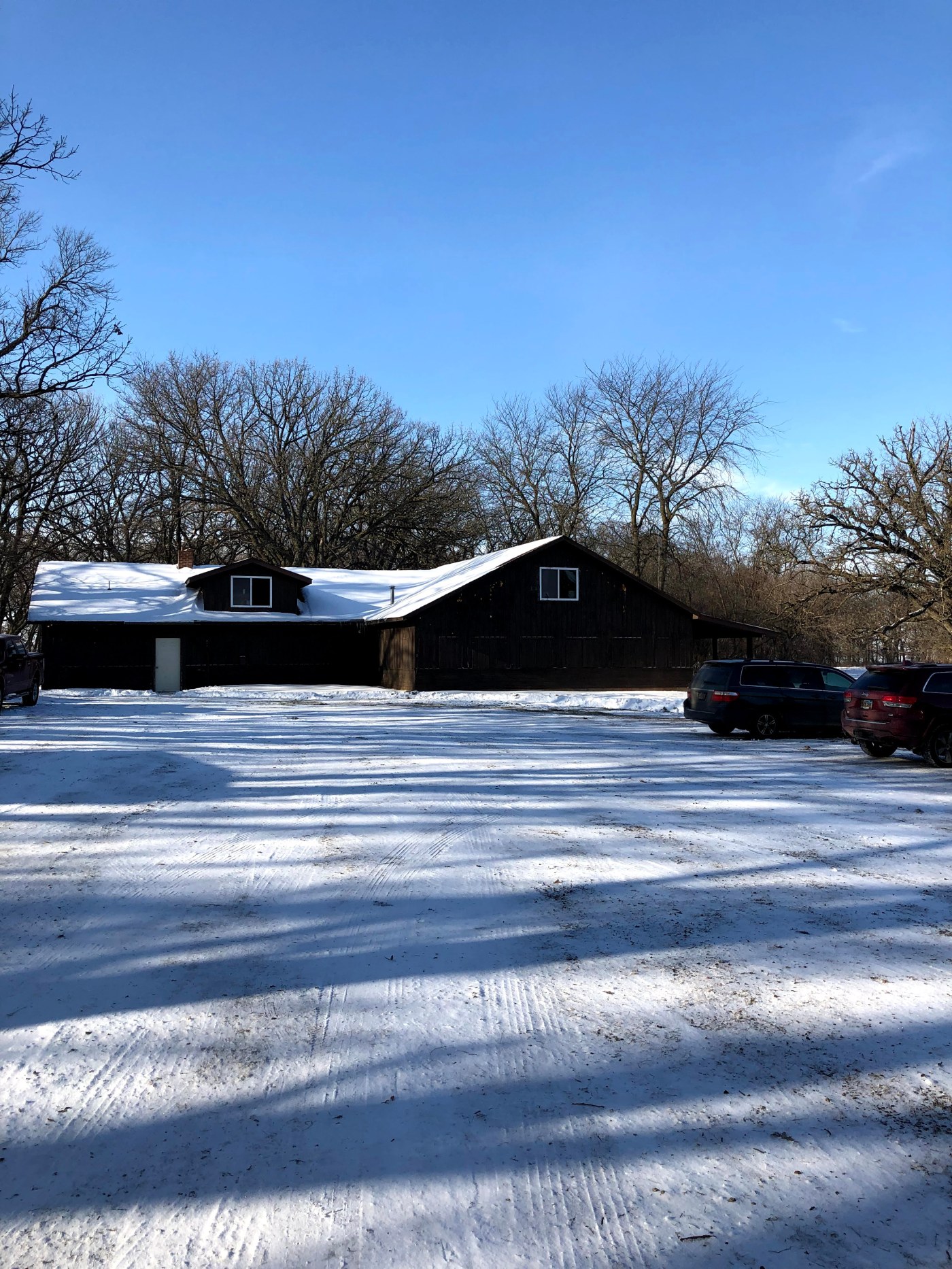 With temperatures pushing 60 degrees this weekend in South Dakota, and the snow melting away like the disappearing drifts of wrapping paper from a Christmas that seems… just yesterday, it’s easy to imagine this fine March 1 that we’ve left the winter doldrums behind.

When, in reality, there’s the usual March cold snap ahead — not to mention the bite of a bitterly cold day or two in April and even May — to remind us to savor the fleeting plains states sunshine while it lasts. We haven’t made it to June quite yet.

We harbored no illusions last December, when we zipped ourselves into three or four layers and loaded up our winter gear for a Boy Scout camping trek to Lake Shetek, near Currie, Minn.

We loaded our jeeps and trucks and SUVs with food and sleds and the two tents the five or six hardy Scouts out of the two dozen making the trip would use, at least the first night, to earn Polar Bear points for each degree under freezing they managed to outlast outside. The rest of us looked forward to smoke-curing ourselves by the ample fireplace in the lodge, which has hosted Scouts through all seasons since 1948. The camp itself was founded in 1941.

We slipped our vehicles into four-wheel drive and set out from Sioux Falls about dinnertime on a dark Friday night. Temps back home were in the frigid teens and 20s, but the flakes started to fly and mercury nosedive as we turned north into Minnesota and left the interstate and main roads.

It was the kind of weather that freezes the snot right in your nose within a few seconds of stepping outside. The kind of weather that crackles spit. Some of our caravan had fallen behind in the blowing snow, and so I opened the tailgate and fired up the new crank-it, solar-powered emergency radio I’d brought along to check the local forecast on the weather band. It didn’t look good.

Digging in for the Night

The local forecast for Friday night, at least, was above zero. Still not a night I’d want to be caught out in, but those daring half dozen set right to work digging a path into the snowdrifts to carve out a foundation for their regular old nylon tents, preparing their spot to bed down for the night.

I’d done the whole camping in the deep freeze as a scout myself, of course. I still shiver at the memory of a night spent in a “covered” shelter back home in Ohio — a three-sided wooden bivouac the wind roared directly into, and made an ice cube of yours truly, despite the mummy bag I sealed myself in.

So I was gung ho and giddy to haul my gear into the homey lodge. We stoked the fire, and fiddled with the chimney and flue. Word from last year’s campers was that the smoke had gotten pretty thick in the old building, but we seemed to have enough of a draft — from brrrrrrr outside — to draw nearly all of it out and keep us toasty inside.

The boys had their own bunk area up a cool, twisty iron staircase on the other side of the lodge, while the adults threw down our pillows and sleeping bags in a little area up from the main floor. The windows gave us enough of an idea of what it was looking like outside to be grateful for our tattered, lumpy mattresses and plywood floors. Toasty was at a premium this weekend.

For my part, I’d come prepared, as an Eagle Scout should, not only with the weather radio, but layered up through long sleeved T, to button-down flannel, to down vest, to winter parka, not to mention jeans encased in thick sweat pants, with rugged boots and extra socks to spare.

My son seemed to get the message, too, on the (essential) extra socks bit, as throughout the weekend, anytime the pair he was wearing got soaked, they ended up almost immediately by the fire to dry while another dry pair (or two) went on. Makes a big difference, campers.

The next day, with the temps headed for negative territory, and the windchill into the double-digit negatives, we spent a lot of time toasting ourselves by the fire and finding things to do inside. Though the scouts did brave the cold for a little to hunt down any sled-worthy hill in the immediate radius. There would be no one camping outside the second night.

In the lodge it was fun for an old scout like me to appreciate the history that was hung on every wall: yellowed photographs of the campers who’d made their way to Shetek each summer through the 1990s; history of the massacre that occurred in pioneer times just a hike away, with the ominous name Slaughter Slough. We had even more fun trying to decipher the old generations of merit badges immortalized in circular paintings hung along the tops of each pine-paneled wall, along with each point of the Scout Law, including the mythical 13th: A Scout is Always Hungry.

To that end, we never starve on these things. Enjoying a huge tray of nachos the first night, along with ample cups of steaming cocoa to go with our breakfast, lunch, dinner and bedtime movies the next night.

But we couldn’t help noticing the way the old lodge was getting a little long in the tooth. The peeling ceilings. The practically non-functioning toilets and sinks in the restrooms that we put to the utmost test. The few window panes papered over with thick cardboard. And the tricky chimney flue we fixed as all good scouts should, testing our lashings and facility with the onsite stepladder. Around the grounds, one of the outer buildings had a door blown in, heaped underneath with fall leaves and on top with winter snow.

Worst of all: we shared our lodgings with some four-legged critters. Evidence of their droppings was in ample supply, even throughout the kitchen. Our leaders bent elbows and cleaned thoroughly for our visit. But it was just this January I learned from another Scout troop who’d booked time, but didn’t get to make the trek to Shetek, that the camp has closed. Whether temporarily, or due to critical reviews that can one day be addressed, I don’t know.

But I felt a pang that our return, someday, is now at least a little uncertain. And hope that the history accumulated on site — which would mark 80 years next year — is at least carefully preserved and someday soon may be given a chance to charm another generation of scouts.